I got a couple of email questions regarding a post earlier this year about expensing fixed assets purchases that are $2,500 or less in cost.  This is the “De Minimis Rule”.  It’s your friend.

The Internal Revenue Code generally requires that business owners capitalize and depreciate all assets they purchase that will last 1 year or longer. Small businesses have been required to capitalize any of these assets with a purchase price of $500 or more.

The IRS recently announced the De Minimis Rule. Starting in 2016, the expense threshold for all capital items is $2,500. This means that businesses will now be able to expense immediately things such as building components, computers, and other pieces of equipment without having the record keeping burden of capitalizing and depreciating them.

Note that this is a per-unit threshold, not a per invoice threshold.  That is, purchasing 5 items at $2,000 each, totaling to a $10,000 invoice would still qualify for expensing under the De Minimis rule.

Advantages of De Minimis over Section 179:

It is a hard rule in both directions. That is, if you have repairs for which you pay more than $2,500 for any one item, you will need to capitalize it if you elect De Minimis.

When you can’t use De Minimus:

New build outs, expansions of existing footprint, new equipment that is not replacing old equipment. (you may be able to 179 these, though)

The separate “Materiality” rules which are based on the percentage of the unit of property changed and not dollar denominated are subordinate to the De Minimis rule.

In order to claim the $2,500 threshold you must make an election on your tax return.  It is a yearly election.  If it suits you one year, use the De Minimis election.  If it doesn’t suit you the next year, don’t elect. 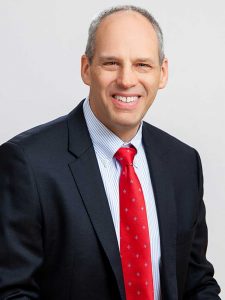 I am a former tax associate with a Big-4 accounting firm. I am now happily self-employed, providing a variety of technical cleaning and remediation services. I have used John Harmon for the last 4 years, having known him for several … Read more »